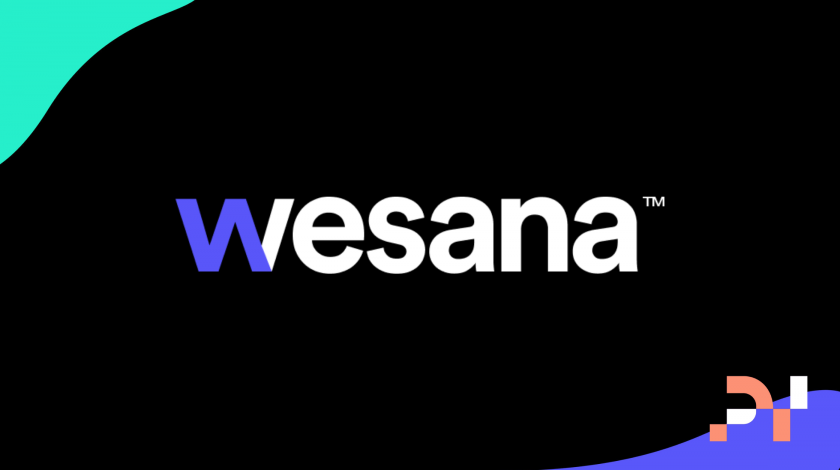 Wesana was founded by Chad Bronstein (who is also CEO of Fyllo, a cannabis marketing company) and ex-NHL star Daniel Carcillo. Carcillo was particularly interested in founding the company due to his own experiences with brain trauma. The now-retired hockey star struggled with incurable brain damage from his playing days, which left him suicidal, as he was experiencing symptoms normally associated with dementia. After his retirement in 2015, he suffered from severe light sensitivity, slurred speech, headaches, memory loss, impulsivity, depression, and disrupted sleep.

His doctors advised him that his brain degeneration would only worsen. Without a cure for his condition, Carcillo took matters into his own hands. He decided to take a high dose (4 grams) of psilocybin mushrooms, under the supervision of a guide. Studies have shown that psilocybin can effectively treat depression, while researchers at the University of Miami Miller School of Medicine will study the effects of psilocybin on brain injury, with funding from the psychedelics research company Tassili Life Sciences. Other former athletes have used psychedelics to treat their brain injuries, based on the purported benefits.

Carcillo’s results were nothing short of incredible. In a matter of a few days, his light sensitivity disappeared, and within weeks, his doctor told him he no longer met the criteria for clinical depression. Carcillo’s recovery and TBI advocacy inspired him to partner with Bronstein and set up Wesana, which aims to develop a psychedelic-based treatment that will help the 1.4 million sufferers of TBI in the US – and perhaps even reduce the 60,000 annual deaths linked to the condition. It is estimated that TBI affects between 64 million and 74 million people every year.

Wesana’s shares have now commenced trading on the CSE, and as a CSE listed company, Carcillo says “we will be able to increase engagement with our shareholders and the investment community as we continue to execute on our mission to develop alternative treatment solutions for traumatic brain injury.” As part of this mission, the company has also announced a multi-year joint project with the World Boxing Council, which will involve research on the impact of psilocybin on TBI.

Mauricio Sulaiman, President of the WBC, stated that “Wesana’s approach holds strong potential for curing this debilitating condition and improving brain and mental health.” Carcillo is also optimistic about the partnership. He said: “The research and clinical trials undertaken in partnership with the WBC will yield data which can inform treatments for anyone suffering a TBI, from soldiers returning from the battlefield to women suffering trauma from domestic abuse.”

Also, Carcillo believes that the research carried out in conjunction with the WBC will help to find biomarkers in TBI. Misdiagnosed TBI can have serious implications, including increased physical and cognitive challenges, as well as the appearance of further medical complications. Also, if someone receives a further head trauma before their first one is recognized and treated, the second one could potentially be fatal. This is why it’s important to be able to quickly and accurately diagnose brain trauma.

Dr. D.J. Cook, chair and head of neurosurgery at Queen’s University in Kingston, Ontario, believes that psychedelics like psilocybin are a unique solution to TBI. In terms of the damage caused by TBI, he points out, “When repetitive head impacts and concussions take place, tau proteins are released as waste material from the tearing and damage.” These proteins end up destroying the surrounding brain tissue even more, which can lead to the shrinkage of brain mass. However, psilocybin’s effects on the brain could counteract this damage. Cook states:

“There’s elevation in baseline blood flow during psychedelic experiences. So it may be that these treatments improve cerebrovascular auto-regulation [the clearing of the harmful waste proteins]. [For] people who’ve lost function due to a stroke, their circuitry could be rewired in a positive way, using rehabilitation techniques alongside the psychedelics.”

Rick Doblin, the founder of the Multidisciplinary Association for Psychedelic Studies (MAPS), recently appeared on The Joe Rogan Experience (episode #1661) and mentioned Wesana’s work on developing psychedelic therapies for TBI, on which he commented: “It looks there’s a good chance there can be recovery from TBI.” He adds that “a lot of the vets and others have both [TBI and PTSD]”. Indeed, soldiers have been using magic mushrooms to treat their psychological trauma. In this way, psilocybin could end up being utilized to treat more than one condition at the same time.

Carcillo has said that Wesana is also working with some “schedule II substances” in the treatment of TBI since researching them involves less tape compared to psilocybin, which is a Schedule I drug in the US. The fact that psychedelics are in the Schedule I category – which includes illicit drugs with no therapeutic value and a high potential for abuse, like methamphetamine – means that carrying out research into them is time-consuming, expensive, and complicated. The schedule II drugs that Wesana are looking into, however, could not be named yet.

Former heavyweight champion Mike Tyson, who has suffered from TBI, is one of Wesana’s key investors, as well as a company board member. Dustin Robinson, from Iter Investments – which has also invested in the company – said that as “an investor in early-stage companies, the leadership team is always one of the most important factors in whether our fund will invest.”

Robinson was initially impressed by Carcillo’s personal story, but he added that “his leadership and clear vision for Wesana is what got our fund to invest…it was clear that he wasn’t just some athlete figurehead with other people running the show. Daniel was able to speak to the operational, financial, and strategic matters as if he was a Fortune 500 CEO.”

Carcillo is hopeful about making psychedelic therapy for TBI a widespread treatment. “We’re a fast-moving company,” he said. Now that Wesana has gone public and has received substantial investment, Carcillo added that one of the company’s main priorities is to encourage more education and awareness surrounding TBI. It is a condition that, as he knows all too well, can be tragic for an individual. He underscores that suicide is the most common cause of TBI-related death.

Carcillo has benefited tremendously from psilocybin, to the point where no longer suffers from debilitating symptoms. He wants other sufferers to be able to experience the same relief. And as laws surrounding psilocybin start to be relaxed in North America, psilocybin as a legal treatment for TBI could soon become a reality.

I'm a freelance writer, blogger, and journalist based in London. As a writer, I am particularly interested in psychedelics, psychology, mental health, and ethics.

Wesana Health Holdings Inc. (CSE: WESA; OTCQB: WSNAF), a data-driven life sciences company focused on developing the novel therapies of tomorrow and delivering new care paradigms, is pleased to announce that following the completion of a successful Pre-IND meeting with the United States Food and Drug Administration, the Company is exploring the opportunity to expand its…