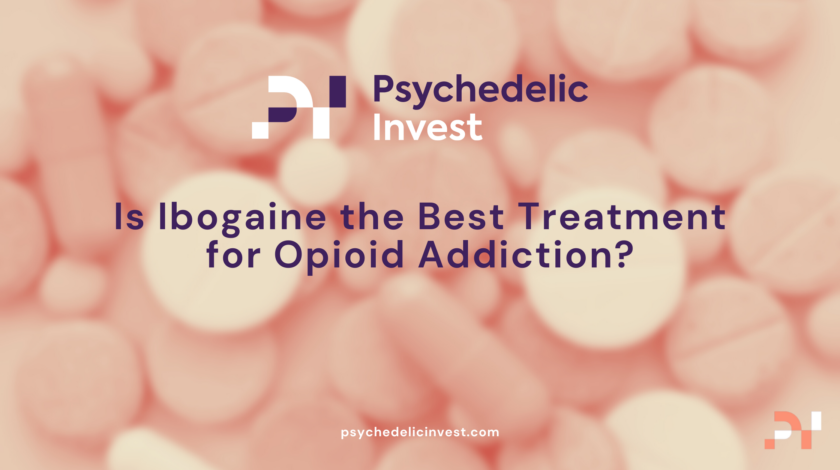 It is no secret that psychedelics are showing promising results as a treatment for many health issues. Everywhere you turn there is a new study showing the benefits of psilocybin for depression or MDMA for PTSD. Perhaps most promising is the use of ibogaine to treat addiction and combat the opioid epidemic.

Ibogaine is a compound derived from the root bark of the West African Iboga shrub. Tribes have used Iboga in traditional ceremonies for centuries, but it has only recently made its way to the west. It is often considered the most potent psychedelic known to man, and the benefits are astounding. All the other big psychedelics are being studied to treat a variety of addictions, but Ibogaine offers a solution that no other substance has been able to bring to the table. The Opioid epidemic is a massive issue, and this African shrub could be the solution.

In 2021, overdose was the 8th leading cause of death in the US. Over 100,000 people died, and over three-fourths of those deaths involved opioids. Almost 1 million people have died from opioids since 1999, and the numbers keep growing. We have a serious problem on our hands, but there has yet to be a viable solution– until now.

Current treatment models utilize traditional rehabilitation and detox centers, which have been largely unsuccessful. 90% of opioid addicts will relapse after receiving treatment. Even for those that do get clean, the recovery process is brutal and makes it difficult for them to become productive members of society again. Opioids damage nerve receptors, making it nearly impossible for someone to return to normal after using the drug.

Opioids are significantly more physically addictive than other drugs. When the drug is abused, the body becomes dependent on the substance which makes quitting incredibly hard and even dangerous. Stopping opioid use requires medical supervision and prescriptions to help curb cravings and prevent the body from shutting down.

Detox centers utilize drugs like methadone, suboxone, and buprenorphine to help curb physical cravings. These drugs have side effects that make it difficult for addicts to do the psychological work that is required to maintain sobriety. Many addicts will get clean from heroin, just to become dependent on one of these drugs. They help curb cravings but don’t reset the body to its natural state. Ibogaine is the only known compound that does that.

Ibogaine for Treatment of Opioid Addiction

Ibogaine is lesser known in comparison to its psychedelic counterparts like LSD and psilocybin, but it is much more successful in treating addiction because it targets physical dependency. Other more common psychedelics help with the psychotherapy component of recovery by increasing the ability to change behavioral patterns. Ibogaine does that too. But, what other psychedelics fail to do is detox the body so that it is no longer dependent on the drug. The ibogaine alkaloid acts to repair neurological receptors and transporters that have been damaged by drug use, giving addicts the opportunity to move forward from their addiction.

How Does Ibogaine Work?

Unlike methadone and other drugs used to treat withdrawal, ibogaine is not a substitute for opioid use. It does not need to be taken every day to ward off withdrawal symptoms. The average detox program can last up to 90 days and is incredibly painful for the patient. Ibogaine, on the other hand, can detox the body in as little as 24 hours.

Unlike other psychedelics, ibogaine is known to have adverse effects. All patients should be properly screened before consuming ibogaine and should have medical professionals on hand at all times. Heart issues and even death have been reported as a result of taking ibogaine. However, according to the CEO of ibogaine treatment center Beond, Tom Feegel, risks can be entirely avoided with the proper pre-screening and monitoring during treatment.

Ibogaine, and any other psychedelic for that matter, is not a magic pill. It is important to have psychotherapy professionals on staff to help patients make sense of their experience and integrate it into their lives to stay sober. High-standard clinics, like Beond, include daily therapy and other holistic healing modalities like sound healing and yoga.

Ibogaine is often used in a retreat setting where patients spend at least a week in the center. Because the compound is either illegal or unregulated in most places, the standards of care and how the plant is used vary greatly from one treatment center to another. Regulation of this compound for medical use will help increase the standards of care so that people can access safe and effective treatment.

Beond is a detox and rehabilitation center in Mexico that is setting the standards for safe and effective ibogaine treatment. They treat an array of behavioral issues in addition to addiction. But, ibogaine stands out for its treatment of addiction because of its detox properties.

Beond is working to expand its treatment center to accommodate more patients. In an interview with Dustin Robinson, the CEO said that they are not currently thinking about opening up treatment centers in the US because there is no telling when it will be legal.

With talk of new regulations for the therapeutic use of psilocybin and MDMA, it is safe to say that the legal use of ibogaine is on the horizon. However, we don’t know how long it will take. Biden recently gave a two-year timeline to increase the availability of psilocybin and MDMA for PTSD and depression treatment, so we can speculate that there may be shifts in ibogaine regulation in the next five years or so.

There are a handful of companies, in addition to Beond, currently researching ibogaine and offering addiction services. Universal Ibogaine is a Canada-based company focused on using the compound to combat the opioid crisis. Like Beond, they have a treatment center in Mexico. Once regulations loosen, they are planning to build a network of ibogaine clinics.

On the pharmaceutical side of things, some companies are working on ibogaine analogs– compounds derived from ibogaine. MindMed is currently testing its compound 18-MC for the treatment of addiction. The compound is ‘built on the backbone of ibogaine and is designed to aid in detoxing from opioids.’ In phase 1, the compound was found to have no adverse effects on participants, so they are moving along in the process.

Unlike ibogaine, this compound is non-psychedelic. Certain companies are focusing on deriving the healing benefits from psychedelics without the psychoactive effects. These drugs, if successful, could mean that a greater number of people would have access to treatment. The current ibogaine treatment model requires multiple medical professionals to be on staff at all times. It is very successful in helping those who can acquire treatment, but many cannot. And, some don’t qualify for treatment due to underlying health issues. Treatment is costly, not covered by insurance, and patients need to travel out of the country. Many addicts simply don’t have access to it. If ibogaine is going to help solve the opioid crisis, there needs to be a rollout of drugs that are more accessible.

Companies like MindMed, Atai Life Sciences, and Gigamesh Pharmaceutical are all working to create ibogaine-derived compounds that would be accessible to the greater public, and curb adverse effects. One of the main focuses of many of these companies is to get rid of the risk of heart issues caused by ibogaine. Proper health screenings curb the risks associated with taking ibogaine, but they still exist and these companies are working to change that.

Gilgamesh Pharmaceutical, a central nervous system-centered biotech company, is working on its ibogaine analog to help reduce withdrawal symptoms. Their compound GM-300X is predicted to reduce the risk of cardiac arrhythmia in patients, making it much less risky than traditional ibogaine.

It will be a few years before these compounds make it through trials and are approved by the FDA. Once they do, these companies will offer a substitute for drugs like methadone and suboxone. These drugs cost between $2600 and $5200 per person annually– money that could eventually be shifted towards ibogaine analogs which are much more effective. Ibogaine analogs have the potential to bring to market a treatment for opioid addiction that far surpasses anything else available. It is a huge step forward in science and in combating addiction to a drug that is killing hundreds of thousands of people. 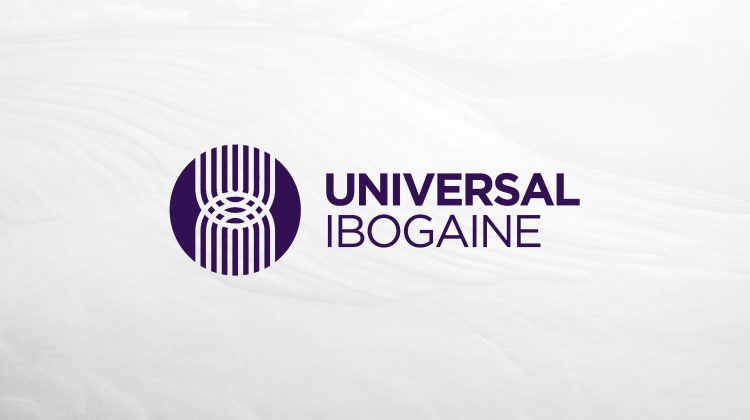 Universal Ibogaine Inc.(TSXV:IBO), a life sciences company with a mission to deliver medicalized ibogaine-centered addiction care, is pleased to announce that all resolutions were passed by the requisite majority of shareholders at its annual general meeting which was held on October 3, 2022 in Vancouver, BC.   UI’s five incumbent directors, Ian Campbell, Anthony DeCristofaro, Nicholas Karos, Dr. Alberto Sola Agullo, and Robert…

Universal Ibogaine Inc.(TSXV:IBO), a life sciences company with a mission to deliver medicalized ibogaine-centered addiction care, advises that it is in process of finalizing an offering of convertible debt securities.  The Offering will consist of “Secured Guarantee Convertible Notes” which will bear interest at 8% (payable quarterly) and have a maturity of 3 years from…

Universal Ibogaine Inc.(TSXV:IBO), a life sciences company with a mission to deliver medicalized ibogaine-centered addiction care, is pleased to announce it has been featured in a documentary series entitled Psychedelics Tonight, which was co-produced by Kyle Buller and Joe Moore of Psychedelics Today in partnership with ALTRD.TV.   The docuseries provides information on the history and future potential of several…