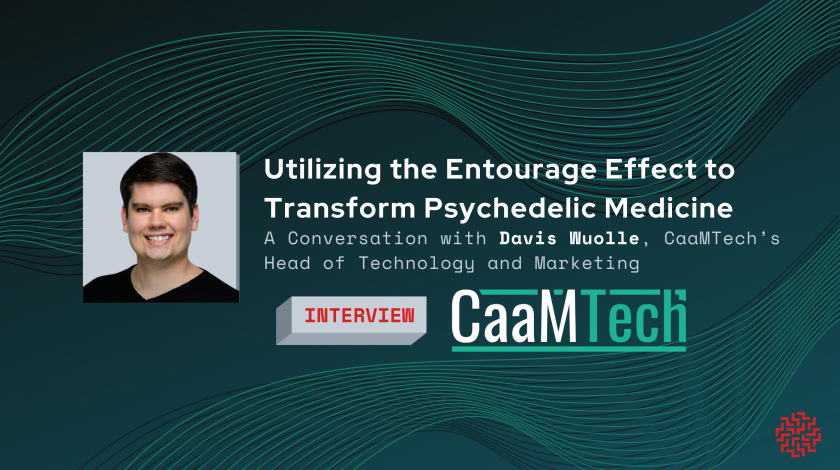 In the early days of cannabis, researchers were focused on individual plants. With time, though, the focus shifted to the real magic: the compounds in the plants and the chemistry behind them.

The psychedelic and plant-based medicine industry is going through the same evolution, and researchers at CaaMTech are looking to bring new focus to the chemistry behind the compounds. We sat down with Davis Wuolle, CaaMTech’s Head of Technology and Marketing, to learn how CaaMTech is pioneering next-generation psychedelic drugs for the 21st century. This interview has been edited for length and clarity and is not verbatim.

Psychedelic Invest: Let’s start with CaaMTech and what you guys are up to.

Davis Wuolle: CaaMTech is a small company in the psychedelic space focused on the science and the research of psychedelic compounds and formulations. Right now we’re working on novel tryptamines, and we think that there are some optimization steps we can take to make these molecules better suited for clinical environments. We believe that there’s an entourage effect in these natural products, and we think that we can harness that for specific use cases.

PI: What’s the shortcoming of these compounds right now?

DW: It entirely depends on the purpose of the compounds. The duration of action, the onset time, even some of the side effects that come with certain psychedelics take those compounds off the table in a clinical setting.

For example, if you’re doing treatments with psilocybin in the clinic right now, you might not want to have the duration of the full psilocybin effect because that would require having shifts for doctors or the patient staying in the clinic for a long time. That’s why there are several companies working on psychedelics that don’t cause a trip at all, which is great for patients who want the anti-inflammatory properties of psychedelics without the trip to come along with that.

PI: Would you say that it is comparable to the CBD-THC relationship?

DW: That’s a great example. Nobody wants to be out there taking pure THC all the time, and in cannabis there are a whole host of other compounds interacting and affecting one another in your body and your brain. Psychedelics are often the same way. Psilocybin mushrooms have a ton of other compounds that people have only just started talking about, all of them interacting with each other to create certain effects.

PI: What skillset does your founding team bring to the table?

DW: Our team has a really science-heavy background. Our founder and CEO, Andrew Chadeayne, has a PhD in chemistry and he’s done work at a number of pharmaceutical companies. Before he came to us, he was working with a company that specialized in producing cannabis products with predictable effects. They were ultimately bought by Canopy Growth Corporation (NYSE:CGC). He’s a thought leader in the space. He knows an absolute ton about psychedelic compounds and the underlying chemistry, and the chemistry side of psychedelics is an area that has only started to get focus again recently. That’s an area where we’re strong.

PI: So, why isolate compounds the way you are doing it?

The other interesting thing is that, if you look at pharmaceutical drug development, you typically see one entrance and then a bunch of other related compounds come in behind it. Those compounds offer slightly different properties compared to the origina. I think that we’re seeing the same thing with natural products. For consumption straight from nature, these compounds are amazing, but there may be optimizations that make it easier to manufacture the compounds, for example, and make it more accessible because you can lower the cost of manufacturing or make it more environmentally friendly.

PI: Who is your customer going to be? Individual patients or the pharmaceutical side?

DW: Our customer right now is on the B2B side. Not direct-to-consumer but the other companies that are interested in taking these products to market. We have such broad opportunities with all the compounds in our library that we can’t take all of those across the finish line on our own. That’s where B2B partners are interested in taking these early findings and turning them into consumer products.

PI: Given your team’s background, and Andrew’s background in particular, what lessons from cannabis are carrying over?

DW: One of them is the entourage effect idea. Early on in cannabis a lot of people were focused on different species and varietals there were of the plant and trying to engineer different products based on the idea that these different plants produce different effects. What Andrew was able to do was look at what specific effects these compounds have, their interactions with each other, how they contribute to the entourage effect, and how to harness those effects.

With psychedelics, everybody is focused on psilocybin or specific compounds and specific plants, much like the early cannabis industry. What we’ve done is taken a deeper dive into the psychedelic compounds and what properties and effects they each have, along with how they all add up to work together.

The biggest lesson is to be patient. This space is still in the very early stages, it will take time to develop the different companies and research projects going on right now. The activity in the space has increased so much over the last couple of years that things are changing quickly while also trudging through some slower development phases.

We’ve been able to stick to our core focus, which is creating good science. Good science produces good results. We hope that those results will turn into products that will help people for as long as our company can keep moving forward.

DW: We are continuing to add to the research that we’ve been doing over the last couple of years. We’ve created several new partnerships and we’re still working to bring researchers together.

For example, we’ve done some amazing work with Dr. Dave Manke at UMass Dartmouth doing crystallography. That’s fundamental science that helps inform the next level of research. And we’ve got a research partnership with the designer drug research unit at the National Institutes of Health. This industry is absolutely taking off and it’s going to benefit patients in the long run, so we’re excited to be a part of it. 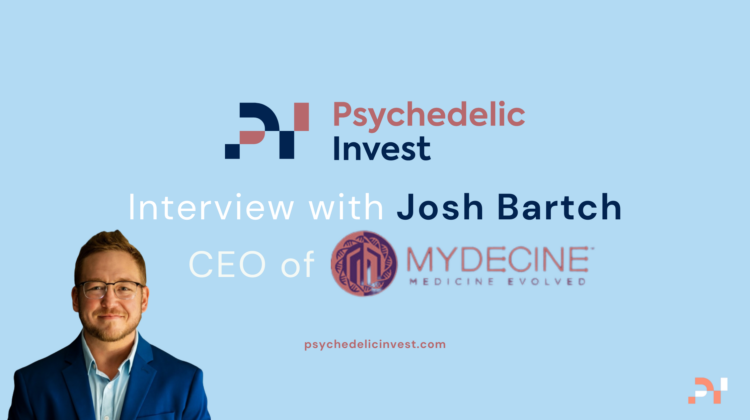