“We are very excited by these new results which further strengthen our previous results indicating the potential of our proprietary MEAI to treat cocaine addiction,” “As cocaine is extremely addictive and there is currently no dedicated treatment, I believe Clearmind is leading the way in this field. The results, even in this preliminary stage, also show the business impact as we need new and effective therapeutics, and these hold high commercial potential.”

The pre-clinical trial, led by Professor Gal Yadid and his team, from the Gonda Multidisciplinary Brain Research Center located at Bar Ilan University (Ramat Gan, Israel), was designed according to the self-administration paradigm, which is the gold-standard model for examining drug addiction and is based on operant conditioning.

In the present trial, animals were catheterized and trained to self-administer cocaine. After the establishment of the addiction model, rats underwent an extinction phase where no cocaine was administered and MEAI was given to the test group. Finally, a relapse phase was carried out where the addicted rats were reminded of the drug with a single administration and then the animals were returned to the self-administration habitat, without receiving the drug. The assumption is that the more an animal yearns to receive the drug, the more it will press on the active pedal.

The results identified a sub-group within the study, in a non-biased manner and with high integrity, which dramatically responded to the treatment, significantly decreasing the craving for cocaine, as compared to non-treated control group.

This sub-group, representing 60% of animals, showed very high response, within the group and across the board. This pattern of results aligns with a previous Clearmind study which tested the conditioned place-preference paradigm, where similar sub-population group was identified in the context of cocaine preference. This research demonstrates again MEAI’s unique ability to treat cocaine addiction and its potential to become the first dedicated cocaine addiction treatment.

Clearmind is a new biotech company focused on the discovery and development of safe and novel psychedelic-derived therapeutics to treat alcohol use disorder and other pressing health challenges.

The Israeli- Canadian company holds several patents for the non-hallucinogenic compound MEAI (5-methoxy-2-aminoindane, a novel psychoactive substance). The company intends to seek additional patents for its compounds whenever warranted and will remain opportunistic regarding the acquisition of additional intellectual property to build its portfolio.

Clearmind has established a research collaboration with the Hebrew University of Jerusalem and Bar Ilan University. The partnerships aim to expand its R&D capabilities and discover new candidate treatments for other mental health issues. 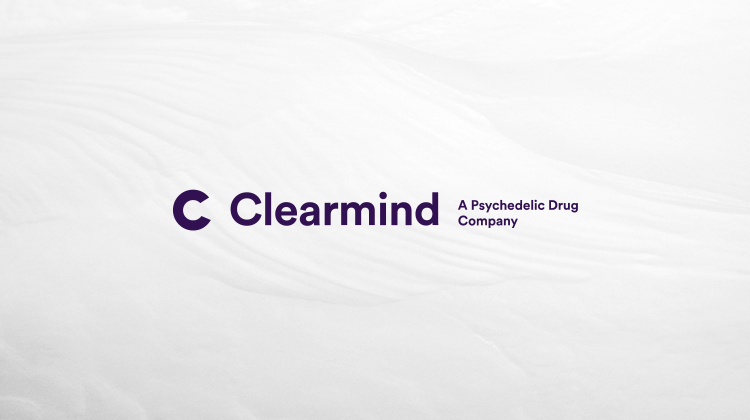 Clearmind Medicine Inc. (CSE: CMND | OTC Pink: CMNDF | FSE: CWY0), a biotech company focused on discovery and development of novel psychedelic-derived therapeutics to solve major undertreated health problems, announces that it will be consolidating all of the issued and outstanding common shares of the Company on the basis of one (1) post consolidation…

Clearmind Applies for Patent to Treat Obesity and Metabolic Syndrome

Clearmind Medicine Inc. (CSE: CMND | OTC Pink: CMNDF | FSE: CWY0), a biotech company focused on discovery and development of novel psychedelic-derived therapeutics to solve major undertreated health problems, announced that it has decided to issue 122,160 common shares in the capital of the Company (“Shares”) in lieu of payment of $10,000, monthly, starting May 1st 2022,…