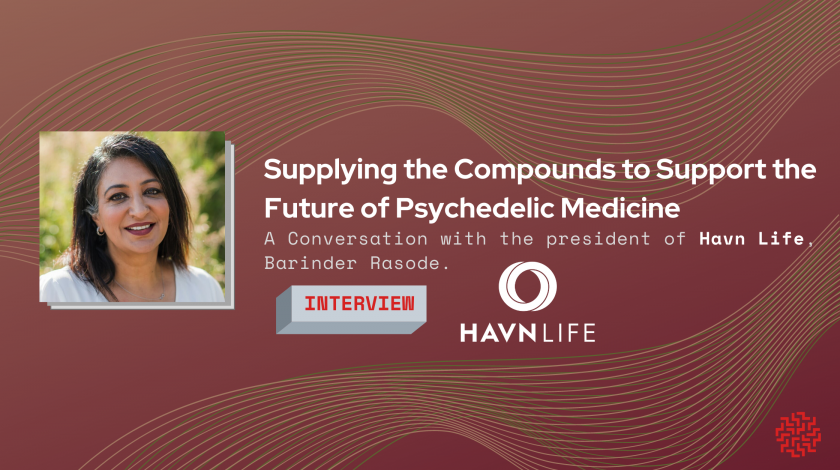 Havn Life Sciences: Supplying the Compounds to Support the Future of Psychedelic Medicine

Microdosing therapy has emerged as a key tool in the fight against treatment resistant depression and PTSD. By taking small doses of psychedelic compounds, as little as one-tenth of a full dose, patients can avoid the hallucinations and sensory changes that come with most psychedelics while still benefiting from their mood improving and anxiety reducing qualities.

But, in order to support these treatments, therapists need access to a pure, lab quality supply of psychedelic compounds. That’s not to mention the coming need for compounds to support ongoing research, clinical trials and more.

Havn Life Sciences, a biotechnology company out of Vancouver, hopes to be the supplier of those products and is currently developing a range of standardized psychoactive compounds derived from plants and fungi. Its Havn Retail arm is simultaneously working on natural products for mental wellness as a revenue source to support its psychedelic work.

We recently spoke with Havn president and co-chair, Barinder Rasode, to learn more about how the company sees its market and what the next year holds for its roadmap.

Psychedelic Invest: Let’s start with your background. How did you get into this industry?

Barinder Rasode: I come from a very highly regulated background. I was an elected municipal councilor in the third largest city here in Canada, then spent time on the Fraser Health Authority. All of my career actually has been in public service and nonprofits.

One of the things that I was finding was that more and more people, especially women my age, were asking some hard questions about pharmaceuticals and the impacts that they had not only on individuals but actually on society as a whole. I have two adult children and a teen daughter and watching the impact of what’s happening to younger people, just around alcohol consumption and all of that, in terms of how it’s been normalized has been eye-opening.

So I actually come from a bit of a different perspective. I don’t have a science background and technically this is my first foray into being an entrepreneur as well. I come from a place of social responsibility, so I’ve been catching up with what’s happening, and what’s happening is people are self-medicating with plant-based medicines.

People don’t like the adverse side effects of pharmaceuticals around things like weight gain,  sexual dysfunction and especially when it comes to things like depression and dealing with post traumatic stress. As the public moves forward in the psychedelic space, my goal is to make sure that regulators are keeping pace by being educated properly and that we are ready with a tested, organic extract for patients to use in a supervised model whenever they choose to use it. That’s where I’m coming from.

PI: Sounds like you’re taking psychedelics from the Wild West to more of a clinical setting where it is the medicine that it needs to be.

BR: Absolutely, but not only from a purely clinical perspective. One of the things that I’ve learned in the psychedelic space around how plant-based medicines work is that there’s no way to get addicted to them because if you take too much they just stop working.

We want to be the company that provides the organic, natural supply for the clinical trials that are happening, but we also want to move toward having a supported system where people who aren’t part of a formal clinical trial have access to a safe microdose supply. We don’t want people to have to do heroic journeys just to get treated anymore.

PI: As someone who’s background comes from outside the industry, what’s your take on how this space is growing and evolving?

BR: The situation I’m very familiar with here in Canada is the fact that our downtown East Side costs our three levels of government close to a million dollars a day. Not a month, or a year; a day. And that’s based on all of the services that are provided to support people who are vulnerable and dealing with addictions.

As we now know, addiction is a medical condition. It wasn’t viewed that way for many, many years. It was something that was kept in the closet. Any person or family likely has somebody in their life who they believe probably could be better suited not to be consuming whatever product they’re consuming.

I’ve been watching the Section 56 exemptions here in Canada that the government has given to patients for end of life care as well as religious institutions to administer ayahuasca treatments, plus the conversations on decriminalization in the U.S., and I really believe that governments at some level know that the way things have been done in the past isn’t working both from a human aspect as well as an economic aspect.

PI: Do you think there’s a learning curve for people when it comes to psychedelics?

BR: Absolutely. For many people, when you talk about things like psilocybin mushrooms, MDMA or LSD they only know about them in a party setting. They only know about these compounds as a way to get “crazy.” But that’s not the intention of this medicine. And when it’s consumed as part of a treatment protocol with a medical professional, they can be life changing.

I think that that’s going to be the big part of the education side of this, because everybody chuckles about it at first. That’s one of the things that drives me personally; I like to educate people to the point where they actually change their mind, and I think this is a pivotal cultural shift.

PI: Of course we’re still very early in the life cycle of this industry, but where do you see things headed in terms of demand and potential market size?

BR: I can rattle off a whole bunch of numbers in the billions of dollars around the opportunity in both the wellness space and the pharmaceutical space, but I think we’re going to have to be redefining things.

My ultimate goal is that one day we know enough where actually maybe there is a pharmaceutical that will help with a certain condition when combined with a plant-based therapy. I’m not about all or nothing. I’m about redefining wellness by building on what we’ve done well in the past and throwing out what we haven’t done well.

I know it sounds a bit naive, but the opportunity for the market and for people who are looking to invest in this space is quite endless.

As the founder, what was really important to me was that shareholder value be maintained right from the get-go. I wasn’t prepared to develop a business plan that didn’t have a path to revenue within the first year. By Q1 2021, we will have natural health products on the shelves, and that’s what we’re going to be using to fund our R&D.

I think that’s a big mistake that the cannabis industry here in Canada made. They didn’t get a path to revenue before they started to expand, market and brand. No company can operate like that.

We’re very fortunate. Two of our scientists were part of the first private company in Canada to secure a Section 56 exemption and that allows us to do testing. We have already submitted our licensed dealer application and we’re working in the lab already. 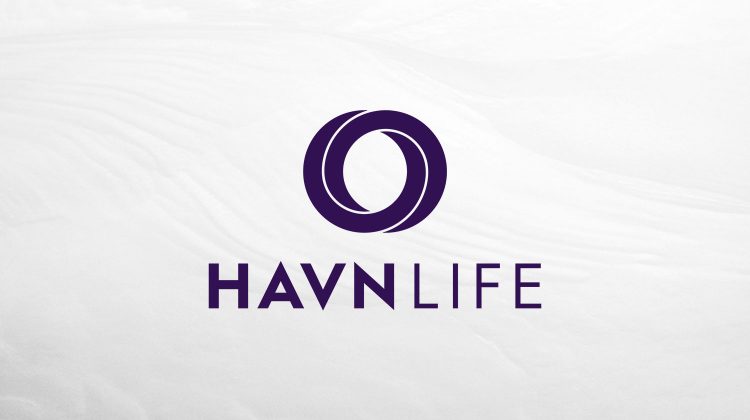 HAVN Life Sciences Inc. announced that it has entered into a definitive agreement to acquire clinical stage intellectual property from Bolt Therapeutics. 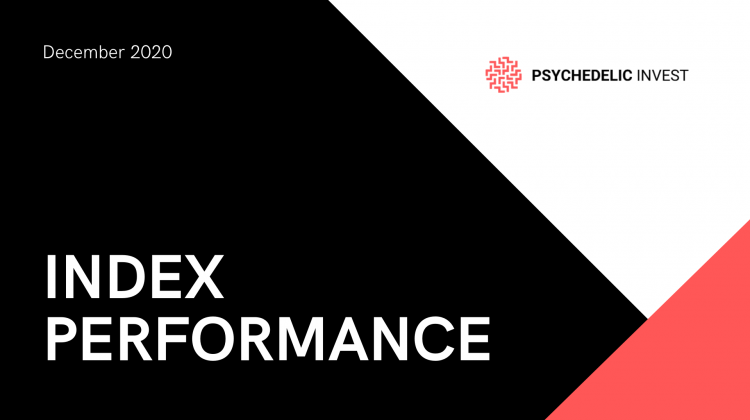 After gaining 54.66% in the month of November, the Psychedelic Invest Index had a much quieter month in December, finishing with a gain of only 2.23%. On Thursday, December 31, 2020, the index closed at a price of $86.69 and marked the end of what was a historic year for the entire psychedelic sector. Since […] 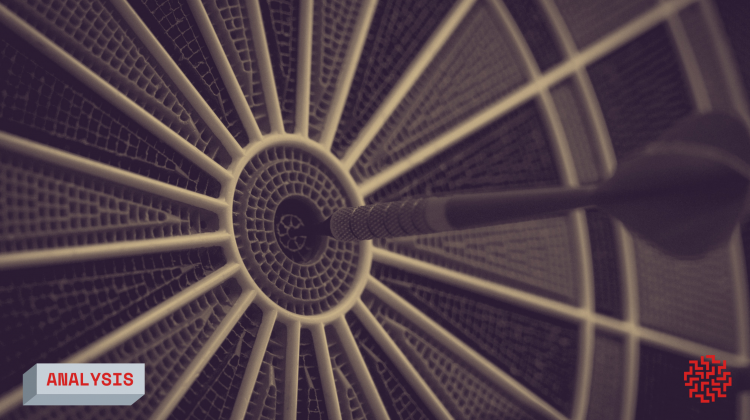 10 Psychedelic Companies Investors Should Have on Their Radar

Psychedelic drugs are slowly working their way into the mainstream. Major hospitals such as Johns Hopkins are even researching the use of psychedelic drugs like psilocybin and LSD to treat a wide range of mental health conditions. Psychedelics have the potential to treat conditions like depression, anxiety, post-traumatic stress disorder, anorexia, obsessive-compulsive disorder, and addiction.  […]