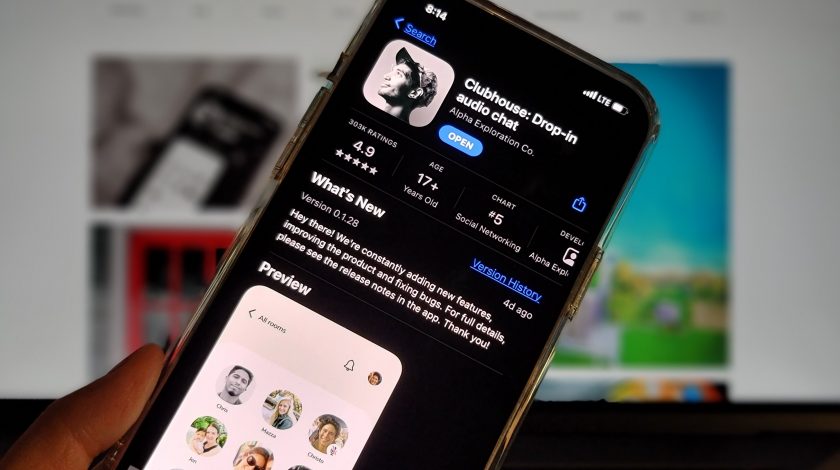 Clubhouse is an invitation-only social media app for iOS that allows people around the world to talk, listen, and learn from each other in real-time. It has been described as a “hybrid of conference calls, talkback radio and Houseparty”. Using it is much like listening to a podcast, except it’s live and it has that feature of exclusivity, given that it’s invite-only.

High-profile entrepreneurs have utilized Clubhouse to host audio-chats, including Elon Musk and Robinhood CEO Vlad Tenev. This has caused Clubhouse to enter the mainstream. After Musk’s talk, the app’s user base nearly doubled.

Interestingly, we have also seen a surge in psychedelic content on the platform. The established clubs focused on psychedelics include Eamon Armstrong’s Life is a Festival (not all of the conversations are exclusive to Clubhouse but some are). Armstrong, a podcaster and writer in the psychedelic scene, has used Clubhouse to speak with guests such as Dr. Molly Maloof, a physician, ketamine practitioner, and Stanford lecturer. Maloof and Armstrong have discussed topics such as psychedelic harm reduction, pseudo-shamanism, preparing for a psychedelic experience, and psychedelic integration.

Other clubs focused on psychedelics include Psychedelic Integration and Ayahuasca. Maloof, along with psychiatrist and neuroscientist Dr. David Rabin, founded Psychedelic Clubhouse, the busiest such club. Members include Clubhouse co-founder Paul Davison, founder of the Multidisciplinary Association for Psychedelic Studies (MAPS) Rick Doblin, and American poet and activist Aja Monet.

This club features various weekly rooms, including The Psychedelic News Hour, which involves Maloof and Rabin talking with a range of people in the psychedelic space. These particular conversations “are being recorded and will be distributed through podcast platforms this year,” says Maloof. Guests have included the writer, entrepreneur, and investor Tim Ferriss. Ferriss began funding studies in psychedelic science in 2015 and was a founding funder of the first psychedelic research centers in the UK (Imperial College) and the US (Johns Hopkins).

Ferriss, Maloof, and Rabin discussed topics such as psychedelic-assisted psychotherapy and its potential to heal trauma, different psychedelic compounds, making sense of ‘bad’ trips, and the future of mental health treatment. Other guests on The Psychedelic News Hour have included microdosing pioneer and long-standing psychedelic researcher Dr. James Fadiman and Tupac Shakur/Earl Sweatshirt manager Leila Steinberg, who spoke on the influence of psychedelics in the music world.

Maloof said, “When we started the Psychedelic News Hour our goal was to be an unbiased set of doctors who were ready to bring up the most pressing questions in psychedelics today and bring on some of the most influential people in psychedelics.” Some of the key topics that Maloof would like to discuss in the future include regulatory challenges, global opportunities for the development of psychedelic medicines, and the recreational use of psychedelics.

Maloof says she is particularly excited to have on Roland Griffiths, a pioneering researcher who has looked at how psilocybin can induce mystical experiences, as well as improve the mental health of cancer patients.

You can find psychedelic content on Clubhouse by following the Psychedelics topic, which belongs to the broader Wellness topic. You can also search for terms such as “psychedelic”, which will bring up all the related clubs.

While the exclusive and private nature of the app does naturally limit the potential for psychedelic content to flourish, Clubhouse has still allowed many psychedelic professionals to build their brand over the past year. Indeed, these rooms are perhaps some of the highest reach opportunities for brands, with Psychedelic Clubhouse, for example, amassing nearly 50,000 followers. Other psychedelic clubs also have a significant audience and are growing. These rooms can give companies a great deal of exposure.

But the increasing popularity of these rooms may have some downsides, too. In the early days, when just a few people were involved, Maloof says “we felt really intimate; it was a really special experience. And I don’t know if Clubhouse can continue creating that kind of an experience for people.”

The psychedelic rooms on Clubhouse feature many people talking first-hand about their experiences with psychedelics. But Silicon Valley startup founders and venture capitalists also use the app, as they are interested in the evidence about the effectiveness of psychedelic use, and many conversations on the app focus on precisely this. Discussions on data are happening alongside the engaging trip reports.

The growth of the app – and, in turn, the presence of psychedelic content – has encouraged big names in the psychedelic industry to talk about their business ventures, including Field Trip co-founder Ronan Levy and Mindbloom CEO Dylan Beynon. Levy, for instance, has been in conversation with best-selling author Tucker Max, delving into the subject of psychedelic medicine startups.

Arguably, the main benefit that Clubhouse brings to the psychedelic industry is its educational potential – its potential to educate users about the multifaceted aspects of psychedelics, including research, safety, best practices, legality, and therapeutic potential. Maloof states:

“Clubhouse offers brands the opportunity to create a community-based learning environment where interested people who want to learn about psychedelics can come and be present with founders of companies and researchers who are actively involved in the space…Psychedelic brands should have some connection to people who may benefit from their future approval as medicine in America and abroad.”

In a blog post, the creators of Clubhouse remarked that their goal for this year is to finish the app’s beta stage so that they can “open up Clubhouse to the whole world”. Clubhouse has secured a new round in funding and the app currently has over 180 investors. The company plans to use its funds to develop an Android app, enhance accessibility, improve discovery (so that users are shown the people and rooms best-suited to their interests), and launch tests that allow Clubhouse creators to get paid directly.

When Clubhouse opens up to more people, we can expect psychedelic content to grow in tandem. With improved features and accessibility, key players in the psychedelic industry will be able to both deepen their understanding of psychedelics, as well as educate others. Moreover, Clubhouse presents an opportunity for psychedelic entrepreneurs, investors, and venture capitalists to collaborate, working together to achieve their vision for the future of psychedelics.