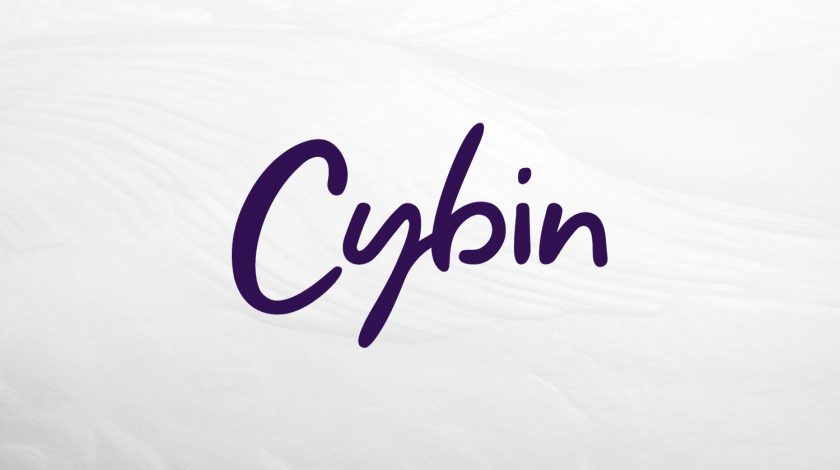 -Cybin Inc. (NEO: CYBN | NYSE: CYBN), a biopharmaceutical company focused on progressing “Psychedelics to Therapeutics™”, today announced that, through its wholly-owned subsidiary Cybin IRL Limited, it has completed the acquisition of a Phase 1 N,N-dimethyltryptamine study from Entheon Biomedical Corp. (CSE: ENBI | OTCQB: ENTBF | FSE: 1XU1). This DMT study, which is the largest to date, is expected to accelerate the clinical development path of CYB004, Cybin’s proprietary deuterated DMT molecule for the potential treatment of anxiety disorders, by approximately nine months. The Company previously announced details of the Acquisition on June 7, 2022.

“With the closing of this transaction we are well on our way to advancing CYB004 through Phase 1 development and gathering essential safety and dosing optimization data that will inform the clinical path forward for this important molecule,” “Cybin now has multiple clinical-stage programs ongoing that we believe will contribute significantly to a greater understanding of the potential of psychedelics to provide therapeutic relief to patients who suffer with a variety of mental health issues.”

The Company paid a purchase price of CDN$1,000,000 in relation to the Acquisition. Up to an additional CDN$480,000 is payable for consulting services to be provided by Entheon for up to twelve months following the closing of the Acquisition. In connection with the Acquisition, Cybin IRL Limited has also entered into a data license agreement with Entheon that permits Entheon to access certain data to support the Entheon IQ program.

The CYB004-E study is an adaptive, randomized, double-blind, placebo-controlled, single ascending dose study to evaluate the safety, pharmacokinetics (“PK”) and pharmacodynamics (“PD”) of a target-controlled intravenous infusion of DMT in healthy smokers.

Pending results from the CYB004-E study, Cybin plans to evaluate CYB004 delivered via intravenous (“IV”) and via inhalation to determine the clinical path forward. Based on preclinical results reported by Cybin in April 2022, inhaled CYB004 demonstrated:

CYB004 is a new chemical entity for which a patent was issued by the U.S. Patent and Trademark Office in February 2022. The allowed claims include a range of deuterated forms of DMT and 5-MeO-DMT. The composition of matter patent is expected to expire in 2041 before consideration of any patent term extensions.

Cybin is a leading ethical biopharmaceutical company, working with a network of world-class partners and internationally recognized scientists, on a mission to create safe and effective therapeutics for patients to address a multitude of mental health issues. Headquartered in Canada and founded in 2019, Cybin is operational in Canada, the United States, the United Kingdom, the Netherlands and Ireland. The Company is focused on progressing Psychedelics to Therapeutics by engineering proprietary drug discovery platforms, innovative drug delivery systems, novel formulation approaches and treatment regimens for mental health disorders.

Cybin Inc. (NEO:CYBN) (NYSE AMERICAN:CYBN), a biopharmaceutical company focused on progressing Psychedelics to Therapeutics™, is pleased to announce that, through its wholly-owned subsidiary Cybin IRL Limited, it has entered into an agreement with Mindset Pharma Inc. (CSE: MSET | FSE: 9DF | OTCQB: MSSTF) to acquire an exclusive license to an extensive targeted class of tryptamine-based molecules…

Cybin Achieves Research and Development Milestones Ahead of Projected Timelines

Cybin Inc. (NEO:CYBN | NYSE AMERICAN:CYBN), a biopharmaceutical company focused on progressing “Psychedelics to TherapeuticsTM”, announced that it has successfully achieved its research and development milestones that helped to build and progress its innovative pipeline of investigational psychedelic therapeutics ahead of projected timelines. These milestones were set forth in the acquisition agreement of Adelia Therapeutics Inc….

Cybin Inc. (NEO:CYBN) (NYSE AMERICAN:CYBN), a biotechnology company focused on progressing Psychedelics to Therapeutics™, is pleased to announce that Adelia Therapeutics Inc, a wholly-controlled subsidiary of Cybin, has achieved the milestone identified as Y2, Q4(ii) as contemplated by the terms of a contribution agreement dated December 4, 2020. This final development milestone marks the completion of…