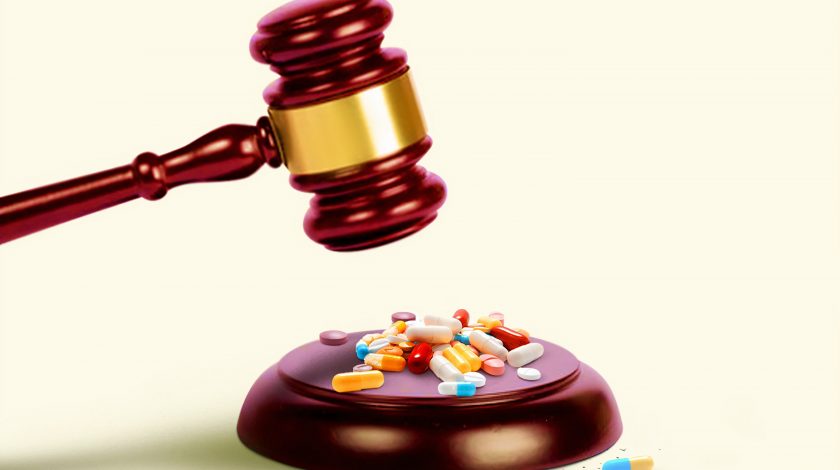 Although, on paper, psilocybin (the psychedelic agent found in magic mushrooms, or “shrooms”) is illegal in the state of Florida… in action, the law is a little more gray.

And that’s largely thanks to a Florida man named Richard Fiske.

But before we get into that, let’s take a look at what Florida law actually says:

Psilocybin, and any material that contains it, is considered a schedule 1 substance under Section 893.03 of Florida’s state statutes. This makes possession of more than 10 grams a first-degree felony punishable by up to 30 years in jail and/or a fine of up to $10,000.

Back in 1978, Richard Fiske was caught coming out of a Florida field with freshly picked wild psilocybin mushrooms, resulting in a third-degree felony.

However, Fiske appealed the charge, arguing he didn’t know the mushrooms had contained psilocybin, which elevated the case to the State Supreme Court.

The higher court ultimately ruled in favor of Fiske, finding that the statute wasn’t constitutional “as applied” in this case. In other words, wild-picked mushrooms could not reasonably be considered “containers of psilocybin,” as the average person couldn’t be expected to know whether a wild mushroom was “magic.”

The court ruled that if the state wanted to include wild-picked mushrooms in the law, the statute would need to be rewritten to specifically include them.

It’s important to note that in Fiske v. State, the Florida Supreme Court found that the statute wasn’t constitutional “as applied,” which means in this particular situation.

In other words, the ruling doesn’t inherently legalize wild psilocybin mushrooms in the state. The precedent simply means that picking wild mushrooms containing psilocybin isn’t necessarily illegal in the state of Florida. That’s an important distinction.

The original statute banning psilocybin still applies to mushrooms wherein the possessor didn’t pick them or is aware they contain psilocybin.

You’re also allowed to buy, possess and distribute Pcilocybe spores in the state of Florida. The reason is because the spores don’t contain the psychoactive agent — only the mature mushrooms do. However, this can still be a gray area, as cultivating the mushrooms into maturity could be considered manufacturing a controlled substance, which is a serious felony.

Other Psychedelic Laws in Florida

While cannabis has become legalized for recreational use across dozens of states in recent years… Florida is not one of them.

Possession of under 20 grams of marijuana is a misdemeanor in the state punishable by up to a year in jail and up to a $1,000 fine. And selling or distributing cannabis is a felony. However, cannabis is medicinalized in the state.

Ayahuasca is an ancient psychedelic drink created with the Banisteriopsis caapi vine and the Psychotria viridi plant. It’s been used in spiritual and religious ceremonies for centuries. Dimethyltryptamine (DMT) is the psychoactive agent found in the drink (specifically in the P. vidri plant).

While growing the B. caapri plant ornamentally is perfectly legal, DMT is a class 1 substance, so it would be illegal to use the plants to brew your own.

However, a 2006 Supreme Court decision ruled that religious ceremonies that use ayahuasca are protected under freedom of religion.

Therefore, legally recognized ayahuasca churches are allowed to import, brew and distribute it as part of their religious ceremonies.

Peyote, mescaline, and LSD are all class 1 substances in the state.