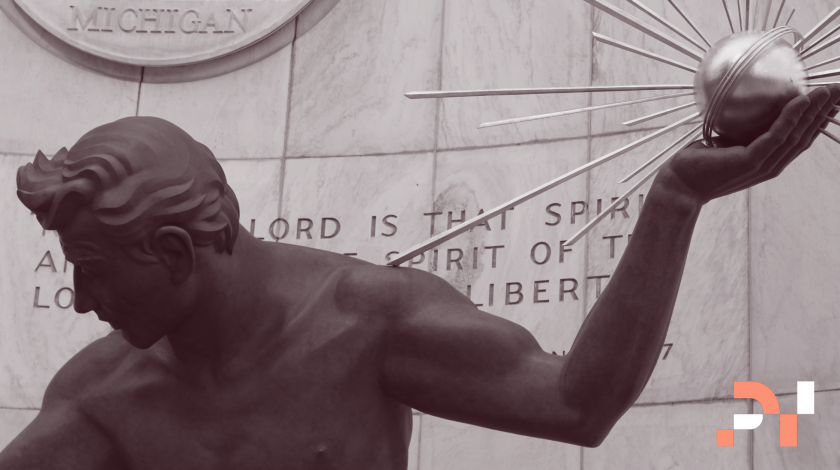 Presently, entheogenic plants and fungi are considered Schedule 1 drugs in Michigan, meaning there’s no accepted medical use and considered highly likely to abuse.

According to Michigan Public Health Code, possession of peyote, mescaline, DMT, psilocybin or psilocybin is a misdemeanor “punishable by imprisonment for not more than one year or a fine of not more than $2,000, or both.”

However, while psychedelic drugs such as psilocin and psilocybin are currently illegal in the state, Michigan lawmakers are currently considering legislation that would legalize the hallucinogenic substances.

Under Senate Bill No. 631—introduced on September 2, 2020 by Democratic Senators Jeff Irwin and Adam Hollier—it would be legal to manufacture, possess, and use entheogenic plants and fungi. The bill would even legalize the “delivery” of such substances, as long as the deliverer didn’t receive “money or other valuable considerations” for doing so.

The exception to receiving monetary compensation would be charging a “reasonable fee for counseling, spiritual guidance, or a related service … under the guidance and supervision of an individual providing the service.”

Included in the bill’s definition and list of “entheogenic plant or fungus” are dimethyltryptamine (DMT), ibogaine, mescaline, psilocybin and psilocin.

The proposed bill still has a way to go in order to become official law. The next step would be passed by the Senate and then the House—and it’s unclear how long it could take to reach these stages.

Support for Psychedelics Throughout the State

Meanwhile, psilocybin legislation has already been passed in the city of Ann Arbor.

On September 21, 2020, (thanks to lobbying by Decriminalize Nature Ann Ann Arbor), the City Council unanimously voted to decriminalize entheogenic plants and fungi—making it the lowest-level priority for law enforcement and prosecution. And in July 2021, the city officially declared September “Entheogenic Plants and Fungi Awareness Month.”

(Interestingly, Ann Arbor was one of the earliest movers in decriminalizing marijuana back in 1972. Weed didn’t become recreationally legal in Michigan for adults 21 and over until 2018.)

And in January 2021, Eli Savit, the newly elected prosecutor of Washtenaw County, Michigan, announced that his office would not be pursuing cases involving entheogenic plants.