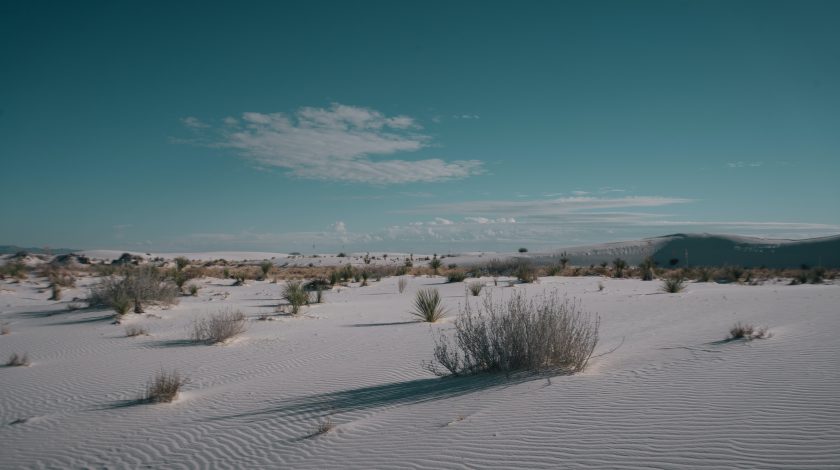 While psilocybin—the hallucinogenic compound found in magic mushrooms—is technically illegal at the state level (and, of course, at the federal level)… it’s not illegal to grow or possess psilocybin mushrooms for personal use in the state of New Mexico.

That’s thanks to a 2005 Court of Appeals decision to reverse a drug trafficking conviction for a man named David Ray Pratt.

Pratt was convicted of the second-degree felony of “drug trafficking by manufacture,” and ultimately sentenced to a suspended nine-year prison sentence and probation.

However, Pratt and his lawyer appealed the felony manufacturing conviction, with his lawyer arguing that the mushrooms were “in a natural state of mushroomness” when the police raid occurred.

Why did the “mushroomness” level matter?

Because, Pratt’s lawyer argued, genetic material planted in soil and sustained with water couldn’t be considered manufacturing/drug trafficking. Vegetation is a process that’s been around longer than humanity itself, afterall.

The Court of Appeals agreed, citing a 1999 ruling that growing marijuana didn’t constitute manufacturing. Because Pratt hadn’t actually extracted the illegal substance of psilocybin from the mushroom, the court decided what he was doing couldn’t be considered manufacturing for traffic… and thus wasn’t illegal.

What does this mean for New Mexico’s psilocybin laws in action?

Much like Florida, New Mexico’s laws highlight a distinction in intent—between manufacturing the hallucinogenic substance psilocybin for trafficking… and growing the organic matter in which it’s naturally found for personal use.

The former is illegal—i.e., you can’t go around extracting psilocybin from magic mushrooms or otherwise drying/preserving them… But thanks to the 2005 Pratt precedent, the latter—growing fresh, non-preserved psilocybin mushrooms—is considered legal in the state of New Mexico

Medical marjiuana is legal in the state of New Mexico with a qualifying condition and a prescription from a registered. In fact, back in 1978—thanks to the advocacy of 26-year-old cancer patient Lynn Pierson—New Mexico was the first state on the books to pass a bill that specifically recognized certain medicinal benefits of marijuana… and legalized it for those specific use cases under strict controls.

Then, in 2007, the state passed the Lynn and Erin Compassionate Use Act (SB 523), which required the New Mexico Department of Health to pass a statewide medical cannabis program for an expanded list of conditions.

In 2019, the state governor signed SB323 into law, which decriminalized marijuana possession of up to a half ounce for adults ages 18 and older.

Despite its lax stance on psilocybin mushrooms, New Mexico’s drug policy reform efforts have fallen behind other states like neighboring Colorado.

While growing cannabis and magic mushrooms for personal use have been decriminalized in the New Mexico Board of Pharmacy, both marijuana and psilocybin are still considered Schedule 1 controlled substances in the state, and as such, intent to manufacture and distribute comes with a hefty felonious penalty.

Also on the list of Schedule 1 substances in the state are dimethyltryptamine (DMT), mescaline, peyote, hashish, and ibogaine.