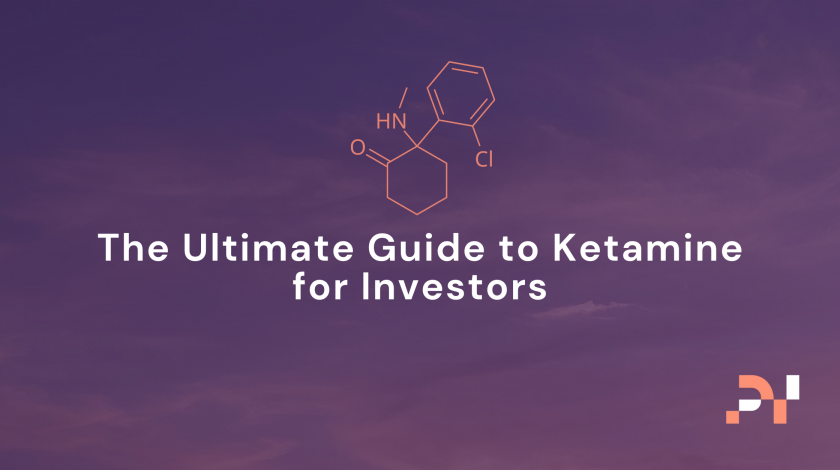 The Ultimate Guide to Ketamine for Investors

Ketamine is an emerging sector of the psychedelic medicine industry. With ketamine-assisted therapy recently being designated as a “breakthrough therapy” by the FDA, there’s been a massive amount of interest in the drug from investors and medical professionals alike. Learn more about all the new medications, treatment centers, clinical trials, and ways to gain exposure here.

Ketamine is a powerful psychedelic substance with strong dissociative effects used as a general anesthetic in medicine. It has a long history as a party-drug, but more recently ketamine has been found to have therapeutic benefits, specifically when treating treatment-resistant depression, PTSD, and addiction. A special version of ketamine called esketamine received FDA approval in 2019, creating a breakthrough for ketamine-based therapy.

Ketamine was first synthesized in 1962 to replace PCP (aka Angel Dust) as an anesthetic. In 1964, trials began with volunteer prisoners. The patients described feeling as if they were “floating in space” and didn’t have any feeling in their limbs. Ketamine was later found to be considerably shorter in duration and much less potent than its predecessor, PCP. The FDA later approved ketamine for use as a field anesthetic during the Vietnam War. Throughout the late 60’s and early 70’s ketamine saw a rise in popularity among the counterculture movement. It’s also reported that Vietnam War veterans would self-medicate with ketamine after the war to treat their PTSD. This rise in popularity and abuse would eventually lead to ketamine being classified as a Class III substance under the U.S. Controlled Substances Act in 1999, making it a felony to be in possession of ketamine without a prescription.

Ketamine is on the rise as an up-and-coming alternative to antidepressants, specifically treatment-resistant depression. A recent study at Massachusetts General Hospital found that ketamine can cause significantly less dissociative symptoms in patients with anxious depression. It is not completely understood how ketamine works, but it is theorized that ketamine may promote regeneration of the synapses in our brain that over time may be worn down by stress, trauma, and severe emotional experiences, leading to mental illnesses such as depression and anxiety.

Ketamine is considered to be a relatively safe drug when taken under medical supervision. When compared to other anesthetics, ketamine does not depress the circulatory system, which makes it a safer option. Ketamine is also not considered to be physically addictive, however it is still possible to develop a psychological dependence. Ketamine should be used with caution by people with high blood pressure, thyroid disease, alcoholism and aneurysms, as ketamine can cause an increase in blood pressure. Frequent use at high dosages has been seen to cause neurodegeneration. A study of rhesus monkeys showed that prolonged exposure to ketamine (9-24 hours) led to brain cell death. As with any substance, there is always risk involved.

In the United States, Ketamine is designated as a Schedule III non-narcotic substance under the Controlled Substances Act in 1999. This means that it is illegal to possess ketamine without a prescription. Punishments for possession include a fine up to $250,000 or three years in prison. However in 2019, a derivative of ketamine called esketamine was approved for the treatment of depression among other mental illnesses.

In the UK, ketamine is classified as a Class B substance, in the same class as cannabis. Possession is punishable by up to five years in prison.

In Canada, Australia, and New Zealand ketamine is illegal and only used for veterinary use.

Ketamine’s recent breakthrough has cast a huge spotlight on all of the possible medical benefits of the substance. Here are a few current clinical trials:

PharmaTher (CSE: PHRM) – Toronto-based psychedelic biotech company PharmaTher recently entered into an agreement with the Queen’s University of Belfast for the development of a patented microneedle patch for ketamine administration. This patch will be used to deliver PharmaTher’s proprietary ketamine formulation known as KETABET. This technology challenges the traditional methods of ketamine delivery and could shape the future of ketamine therapy as we know it.

Seelos Therapeutics (NASDAQ: SEEL) – Seelos Therapeutics is a biopharmaceutical company based in New York, NY. This past January, Seelos announced the dosing of the first patients in their clinical trial SLS-002, “Ketamine for Acute Suicidal Ideation and Behavior in Patients with Major Depressive Disorder”. You can follow this trial here.

Heading Health LLC – Heading Health is a psychiatric clinic platform focused on the administration of psychedelic-assisted therapy. Based in Austin, TX, Heading Health provides a number of treatment options for mental health challenges, including ketamine for treatment-resistant depression. They recently announced that they have participated in a Series A Preferred Stock Financing with Entheon Biomedical Corp. (CSE: ENBI), investing $200,000 USD for a 5% stake in Heading Health. The agreement also states that Entheon may increase its stake to 10% in the subsequent round of financing. This investment will provide Entheon with exposure into the realm of ketamine-assisted therapy.

Mindbloom – Mindbloom is a mental health and wellbeing company specializing in psychedelic therapy. In March of 2020, they opened their first clinic in New York City. Since then, they have opened locations in 11 states including Texas, Colorado, Arizona, and Florida among others.

Ketamine is described as inducing a dissociative state along with intense feelings of euphoria, pain relief, and hallucinations.

Ketamine is not physically addictive like opioids or alcohol, but it is possible to develop a psychological habit. Moderation is always advised as with any substance.

What are the side effects of ketamine?

Side effects of ketamine include blurred vision, double vision, jerky-movements, dizziness, drowsiness, nausea, vomiting, and loss of appetite. At higher doses, side effects include drastic changes in blood pressure, amnesia, fever, hallucination of terrors, severe panic and anxiety, and coma.

Can I overdose on ketamine?

Deaths solely related to ketamine are quite rare. A study found that in the UK from 1993 to 2006 “In no instance was a fatal intoxication caused exclusively by ketamine.” 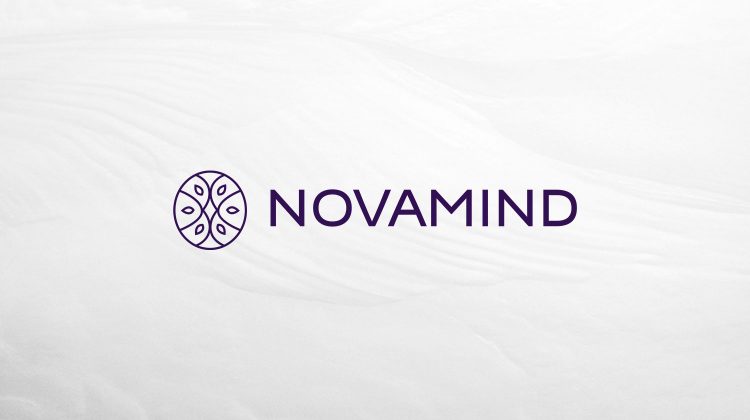 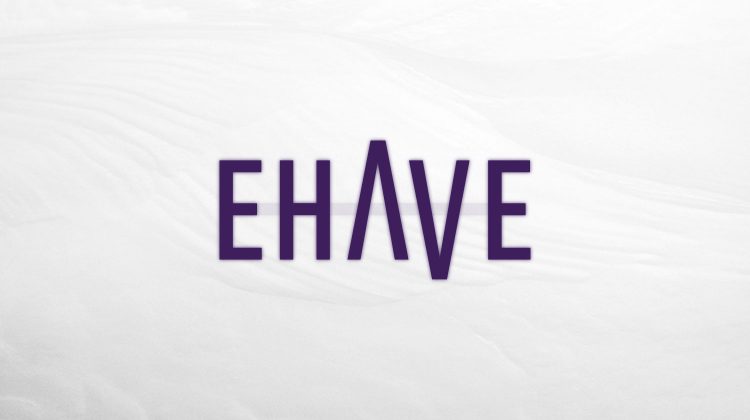 Ehave, Inc. Engages Legal Counsel on Launch of KetaDASH in the U.S.

Ehave, Inc. announced today the company is ahead of schedule and plans launch its KetaDASH (www.ketadash.com) ketamine IV therapy by the end of the second quarter.

PharmaTher Holdings Ltd. today announced it submitted an Investigational New Drug application with the U.S. Food and Drug Administration for the initiation of a Phase 2 clinical trial to evaluate the safety, efficacy and pharmacokinetics of low-dose ketamine in the treatment of levodopa-induced dyskinesia in patients with Parkinson’s disease.